The Palio of Siena, a lifestyle!

History of the Sienese Palio

The first modern Palio ridden in Siena was in 1656, and from that moment on it has remained almost the same. Maybe the only thing that really has changed is the fact that now it is so famous world-wide and possibly, year after year the enthusiasm and the proud of Sienese people have raised. The horse race of the Palio of Siena is held twice a year, on the 2nd of July and on the 16th of August and the award is a tapestry painted everytime by a different artist.

The contrade (wards) of Siena

The city is divided into 17 district (or “contrade”, as they are called in Italian) that confront during those races.

Names and flag of the contrade 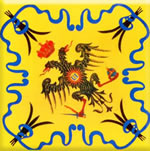 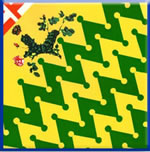 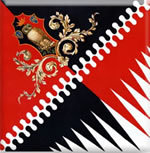 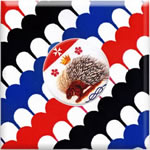 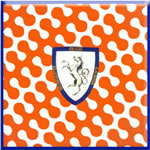 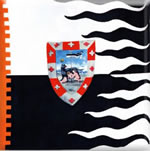 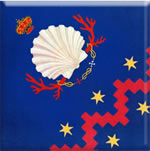 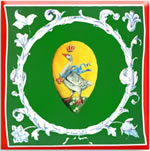 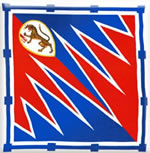 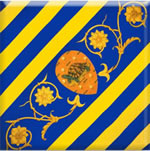 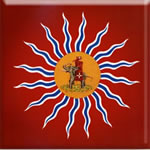 Map of Siena with wards’ territories 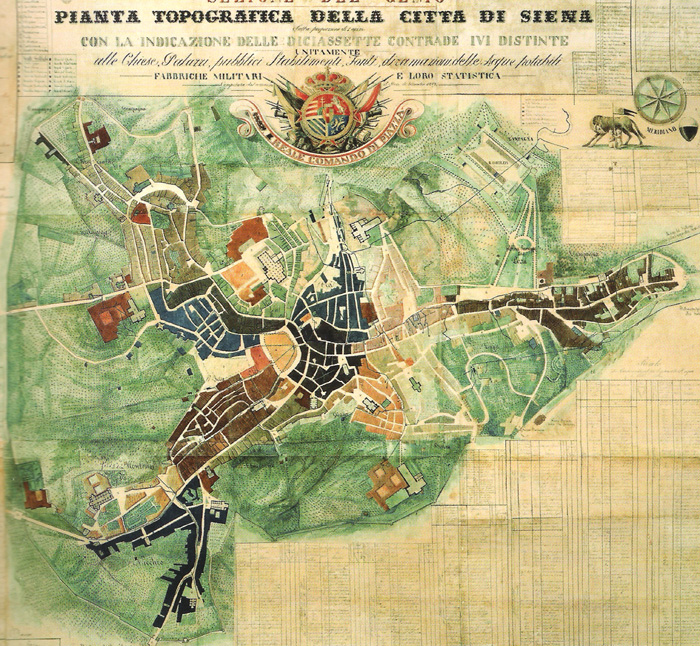 Each contrada has its own anthem and the flag’s colors and symbols are recalled inside the ward’s territory by fountains in little architectural details, that an attentive person would notice. For example, walking from the Hotel to Piazza del Campo you’ll be going through the Nicchio (seashell) and Leocorno (unicorn) contradas.

The days before the Palio

During the days before the ride the air inside the city walls is electrifying: the members of the contradas are always very busy with the preparations and like to spend most of their time together, getting ready for the big day. As in the best Italian tradition these preparations always involve eating and drinking together, and the most important moment of this kind is the “Cena della prova generale” (Dinner of the trial run), that takes place the night before the race. During this dinner you make toast, secret (more or less) deals and give words of encouragement.

The corteo storico: approaching the race by recalling the old-times’ splendor

The race in the shell-shaped Piazza del Campo, is just a part of the event. Before it starts there’s a big parade, called “corteo storico” formally commemorating institutions, customs, glory and the greatness of the ancient Republic of Siena.
Being part of the parade is a great honour and all those participating wear fine clothes inspired to the fashion of the XVII century. The corteo storico passes through the main streets of the historical centre stopping in front of the Duomo (the Cathedral of Siena) and finishing in Piazza del Campo, where the race takes place.
Il corteo storico passa attraverso le strade principali del centro storico e si ferma di fronte al Duomo (la Cattedrale di Siena) per poi finire dove si tiene la corsa, in Piazza famosa per la sua forma a conchiglia, per la particolarissima prospettiva di alcuni palazzi e per le bellezze artistiche all’interno e intorno al Palazzo Pubblico.

The horse race itself, normally doesn’t last long, but the preparations and the thrilling filling the air during the moments before the start and the joy and despair (of those losing, of course) is something absolutely unique.
Imagine a whole square full of people yet silent.

A few rules to watch the Palio

Every year ten contrade are drawn lots and compete during one of the two races taking place every year. The 7 wards that do not race during the first Palio will automatically run during the second, in August. The horses and jockeys represents the people (literally in Italian “il popolo”) of a district and they ride bareback and dressed in the appropriate colors. The moment of the “mossa”, when the race starts is one of the most important. The order in which every horse joins the race is determined by chance, using special marbles called “barberi” colored with each contrada’s colors. This information remains secret till the very last moment. The first horse to cross the finish line after three laps of the square will win. I didn’t forget by chance to cite the jockey, as to win, only matters the horse.

The Palio lasts the whole year

What really makes of these events something unique and definitely worth-coming is the fact that every ward keeps preparing these two days during the whole year. Each one of the 17 contrade plans events and activities for those belonging to the ward, which have the aim of both reinforce the bond between the members of these closed communities and raise money that will be invested during the race to make secret deals having the objective to crush their patrons' enemies.

As I said, the Palio is definitely a closed world, that one can enter only by being baptized in the church of a Contrada. This contingency may occur only in case one of your parents already belongs to one of this “contrade clan” (a sort of second condition, brought back by the first one, somehow). It sounds like a genealogy or a parentage, but maybe this is one of the reasons why the Palio of Siena is still able to thrill the audience this way: because they feel a sort of strong bond, a deep feeling of belonging to the city but, most of all, to their own contrada.

If you want to book your stay during the Palio season, we suggest you to check the availability of the hotel long in advance

“Great location, lovely view, clean and comfortable room, secure parking. But most of all the friendly and helpful staff, for whom nothing was too much trouble. Thank you - we'll be back!”

“We took a weekend in Siena, spent two nights and long mornings in this hotel. The place was peaceful, perfectly clean and cosy. Loved friendly and available personnel and more than anything, enjoyed the morning coffee in their beautiful garden with a view”

“A beautiful hotel with brilliant views of the tuscany region. The staff were incredibly helpful and friendly, particularly Lucho. The breakfast was excellent and all you can eat. Parking is convenient and very safe which was ideal for us.”

“Lucio in reception was extremely friendly and helpful. Could not do enough for us. Lucio was efficient, professional and exceptional at his job and he made our stay an extremely pleasant experience”

“Staff were great and very accommodating. Breakfast was lovely and the view from the garden was increible. Rooms were spacious and clean. 10 minutes walk through the lovely streets to the centre. Great location”

We care about your health